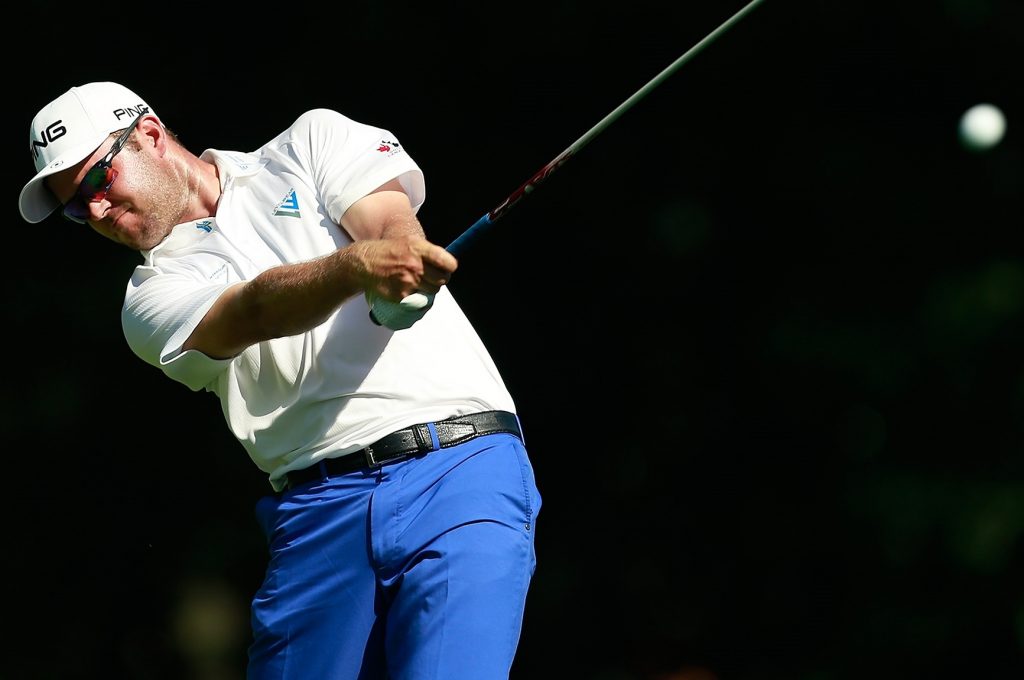 BEACHWOOD, OH - SEPTEMBER 23: Corey Conners hits his tee shot on the second hole during the third round of the Web.com Tour DAP Championship on September 23, 2017 in Beachwood, Ohio. (Photo by Matt Sullivan/Getty Images)
RBC Canadian Open

Corey Conners of Litowell, Ont., got off to a quick start during the Web.com Tour’s Regular Season with back-to-back top-10s in challenging conditions in the Bahamas, but eventually finished 49th on the money list.

But, with just one week left in the Web.com Tour Finals, he sits at 11th on The Finals 25 and has made enough money to all but secure his first PGA TOUR card for the 2017-18 season.

“It feels good,” said Conners of his chance to make it to the TOUR. “Still got some work to do, try to have another good week next week and see what happens. But it’s a nice feeling to have a good chance.”

Conners graduated from Kent State with Mackenzie Hughes, who, after winning on the Web.com Tour a year ago and finishing in The 25, won on the PGA TOUR last fall and is in the conversation for Rookie of the Year on TOUR.

Conners said it would be ‘awesome’ to get on TOUR with his close friend Hughes.

“Really good friends with Mackenzie and I’m sure he’s following along and cheering me on,” said Conners.

Congrats on earning your card, Corey. We look forward to welcoming you to Glen Abbey in 2018 as a member of the PGA TOUR.