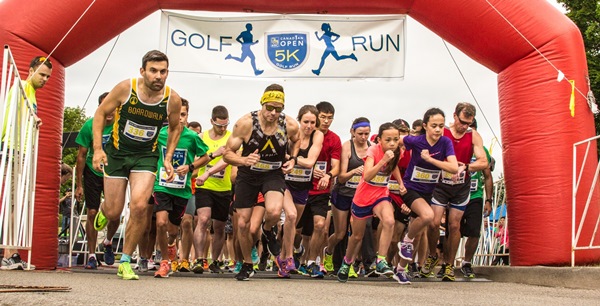 The RBC Canadian Open 5K, which is open to golf fans, runners and walkers, takes participants through a five kilometre route of the Glen Abbey Golf Club layout. The route begins at the first tee of Glen Abbey’s championship course set up and finishes alongside the iconic 18th green.

All registered participants receive a 2017 RBC Canadian Open Anyday ticket, a race t-shirt, medal and the opportunity to experience a PGA TOUR event venue just days prior to tournament week

Walk and running enthusiasts can take part in a timed running event, while passionate golf fans can enjoy the atmosphere of the Glen Abbey Golf Club just days prior to the arrival of top PGA TOUR players. The event welcomed more than 350 participants in 2017 and organizers are bullish that number will increase for the second rendition of the event.

“We are extremely excited to work with Golf Canada to bring back the RBC Canadian Open 5K Golf Run for a second year,” said Race Director, Brody Coles. “This event is such a fun way to kick off the tournament and give runners and golfers alike the chance to experience Glen Abbey Golf Club in a truly unique way.”

In addition to the 5K run, participants are invited to enjoy live coverage of The Open Championship on large screens, and relax post-race in the Coors Light Beer Gardens.