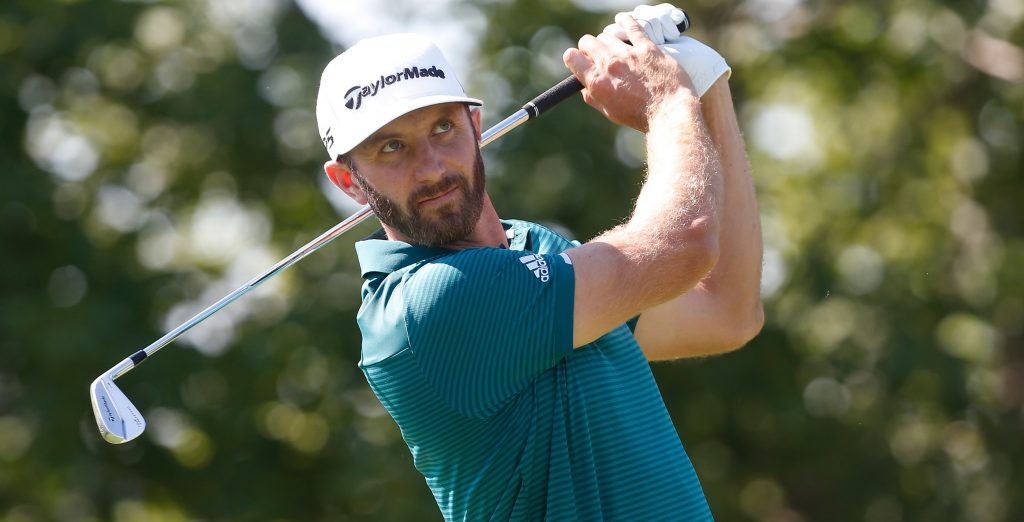 DUBLIN, OH - JUNE 02: Dustin Johnson watches his tee shot on the 14th hole during the second round of the Memorial Tournament at Muirfield Village Golf Club on June 2, 2017 in Dublin, Ohio. (Photo by Matt Sullivan/Getty Images)
RBC Canadian Open

Johnson, who has been No. 1 on the Official World Golf Rankings since February of 2017, has three PGA TOUR victories this season to lead the FedEx Cup standings.

Bubba Watson last competed at the RBC Canadian Open in 2015, where he finished runner-up to Jason Day.

Si Woo Kim is coming off the biggest win of his career, taking top spot at the 2017 THE PLAYERS Championship to climb to No. 32 in the Official World Golf Ranking and 22nd on the FedEx Cup Standings.

In addition, a sponsor exemption has been extended to Jared du Toit of Kimberly, B.C. The Golf Canada Amateur Team member sprung to notoriety thanks to a stellar showing at the 2016 RBC Canadian Open, where he finished 9th.

“Our field is coming together and we’re thrilled to welcome some of the best player in the world, a good mix of top international talent and a solid list of Canadians as early commitments for the 2017 RBC Canadian Open,” said Tournament Director Brent McLaughlin.

A Canadian has not won the RBC Canadian Open since Pat Fletcher in 1954. However, Mackenzie Hughes (The RSM Classic) and Adam Hadwin (Valspar Championship) each have PGA TOUR wins this season.

“This will be an exciting year for Canadian golf fans for sure,” added McLaughlin. “We’ve come close in recent years with David Hearn finishing 3rd in 2015 and du Toit’s terrific run last year. This may be the year the drought finally comes to an end.”

Additional player announcements will be made in the coming weeks. Players have until 5 pm ET Friday before tournament week to confirm their participation with the PGA TOUR.

RBC Canadian Open 5K Run – Saturday July 22
Landmark Sport Group in conjunction with Golf Canada will once again be putting on the RBC Canadian Open 5K Golf Run. On Saturday, July 22, 2017 the second annual RBC Canadian Open 5K Running Event will provide participants the opportunity to run or walk along the spectator and cart pathways of Glen Abbey Golf Club. The route begins near the 1st tee of the Championship Course and finishes alongside the iconic and picturesque 18th green. This event is ideal for traditional and non-traditional running audiences. All participants will receive a bib, shirt and finisher’s medal. Registration is $60 and all participants receive a free Anyday ticket to enjoy the championship. www.golfrun.ca

Hall of Fame Induction & Official Opening Ceremony – Tuesday July 25
On Tuesday, July 25 at 10 a.m. our Opening Ceremony will officially kick off the RBC Canadian Open and include the Canadian Hall of Fame induction of Judy Darling Evans and golf club maker Bob Vokey. The ceremony, which will offer free attendance, will conclude with a military flyover and the singing of the national anthem.

Red & White Day – Friday, July 28
The RBC Canadian Open is Canada’s National Championship and to celebrate ‘Our Open’, Friday, July 28 of tournament week will once again be ‘Red & White Day’. Spectators, sponsors, players and attendees are encouraged to wear Canada’s national colours in support of our Canadian golfers in the field.