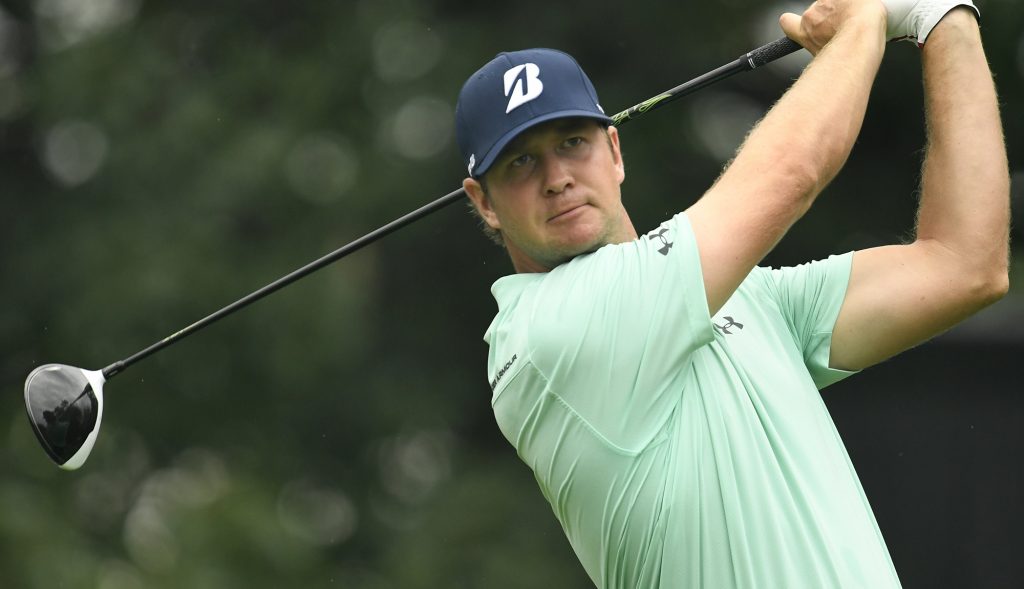 Hudson Swafford, Kevin Chappell, Matt Every, Ollie Schniederjans, and Brandon Hagy carded matching rounds of 65 to lead the way at 7 under par in the rain-shortened first round of the RBC Canadian Open.

Play was halted at 3:45 p.m. due to dangerous weather and resumed at 5:40 p.m. after a 1 hour and 55-minute delay. Twenty-one golfers were unable to finish their first round when play was officially suspended for the day due to darkness at 8:48 p.m.

Swafford, from Tallahassee, Fla., parred his first hole of the day before pouring in five consecutive birdies to kickstart his round.

“I hit a lot of quality shots and gave myself a lot of looks,” said Swafford. “That’s all I was trying to do, keep giving myself looks and rolled the putter beautifully.”

He added three more birdies and just one bogey to put him himself in a good position to chase his second PGA TOUR win of the season following a victory at the CareerBuilder Challenge in January.

Chappell averages 299.9 yards per drive off the tee and took advantage of the three par-5s at Glen Abbey playing them in 4-under-par.

“I hit it really well. Got the ball in play on the par 5s, so I was able to attack those,” said Chappell.

The Fresno, Calif., native has three top-10s on the PGA TOUR this year including a win at the Valero Texas Open and a T7 at The Masters.

Hagy, a native of Santa Monica, Calif., had eight birdies and only one bogey to record his career-low round on the PGA TOUR (in relation to par). Every of Daytona Beach, Fla., had a clean card in his opening round recording seven birdies without dropping a single stroke.

Like Every, Schniederjans was bogey free. The Dallas, Tex., product chipped in for eagle on hole No. 13 and another on hole No. 18 to go along with three birdies. The former No. 1 ranked amateur in the world has four top-10s on the PGA TOUR this year.

“I took advantage of the par-5s and just played real consistently well off the tee. I was in good positions all day. Just a solid round,” said Schniederjans.

Eleven players are one stroke back at 6-under-par including two-time Masters champion Bubba Watson. The Baghdad, Fla., product had six birdies and zero blemishes on his card recording his first bogey-free round since the second round of the 2016 BMW Championship.

“Today it’s a little softer but you know, light rough, firm greens, but light rough and I feel like I can play as long as I can make a couple putts and that’s what I did,” commented Watson.

Dundas, Ont, native Mackenzie Hughes is the leading Canadian sitting T17 after a 5-under-par 67. Teeing off on hole No. 10 Hughes went out in a pedestrian 1-under-par 36 before heating up on his second nine – carding four birdies in his first five holes to finish at 5 under par.

“It was pretty rock solid, lots of fairways and gave myself some really good looks. The birdie putts I made were relatively close, inside ten feet, 12 feet” said Hughes. “Those are nice days when you can be aggressive from that 15-foot range. It was a fun day.”

CANADIANS AT THE 2017 RBC CANADIAN OPEN