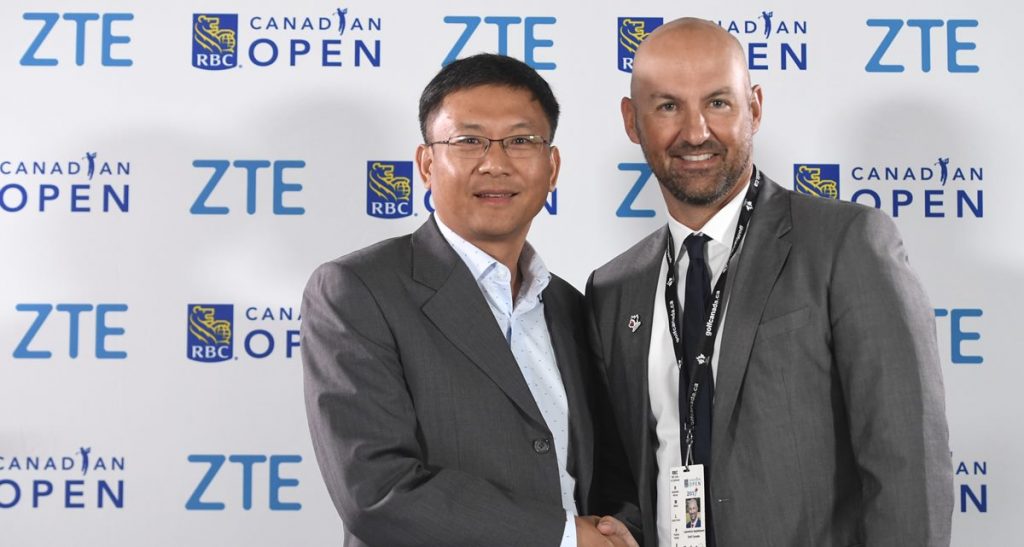 PONTE VEDRA BEACH, Florida – The PGA TOUR has announced that ZTE Mobile Devices, a subsidiary of ZTE Corporation in China, has signed a three-year marketing agreement to become the TOUR’s first-ever Official Smartphone.

“The PGA TOUR is delighted to introduce ZTE Mobile Devices as a new marketing partner as we enter the smartphone category for the first time,” said Brian Oliver, PGA TOUR Senior Vice President, Sponsorship & Partnership. “Mobile devices have become such a critical means by which fans watch and get updates on our competition, find information about their favorite players and share PGA TOUR-related content.  In ZTE, we are partnering with a global leader in the telecommunications industry.”

ZTE already has a presence on the TOUR. As a hospitality partner at this year’s Farmers Insurance Open, ZTE brought its interactive “ZTE Experience Tour” on-site, where fans could test a variety of its products. ZTE also recently became the Official Smartphone of the RBC Canadian Open and partners with Danny Lee, a PGA TOUR member, as its ZTE Axon global brand ambassador.

“Becoming the first Official Smartphone of the PGA TOUR is a historic moment for ZTE,” Cheng said. “The TOUR, with its prestigious brand and global fan base, brings a tremendous opportunity for ZTE to connect directly with golf fans around the world and demonstrate our prowess in mobile technology with our premium line of Axon smartphones.”

Beyond having an on-site presence at select tournaments, ZTE will promote and activate around the new relationship in a variety of ways. In addition to utilizing the PGA TOUR’s online digital assets, select ZTE smartphones will be pre-loaded with PGA TOUR LIVE, the TOUR’s Over-The-Top subscription service that features exclusive early-round coverage of featured groups. ZTE customers will receive a free 30-day trial for the service.