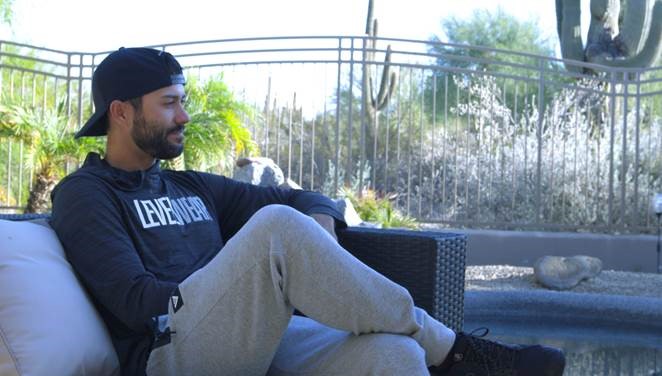 Levelwear confirmed today that it has resigned Adam Hadwin to a multi-year deal and the PGA TOUR member will continue to be a global brand ambassador for their brand moving into 2018.

“I absolutely loved working with Levelwear last season to ensure that each week I was dressed with high-performance and top quality apparel that enabled me to continuously compete at the top level; I’m thrilled to continue to wear their apparel moving into this season,” says Hadwin. “The fact that I can not only work with a Canadian brand but feel great in their apparel week after week means a lot, and I look forward to playing in some new styles this season on TOUR.”

. @Levelwear, our apparel partners for the @RBCCanadianOpen & @CPWomensOpen, confirmed today that they’ve resigned @ahadwingolf to a multi-year deal as a global brand ambassador. pic.twitter.com/W1Hw2uVPPx

Hadwin had a breakout season during the 2016-2017 PGA TOUR campaign, making history at the CareerBuilder Challenge, becoming the 4th player in PGA TOUR history and first Canadian ever to shoot sub-60 on a par 72 course. Seven weeks after his impressive performance at the CareerBuilder, Hadwin then went on to capture his first PGA TOUR title at the Valspar Championship, defeating Patrick Cantlay in a tightly fought battle. To conclude his third season on TOUR, Hadwin earned a spot to compete in the Presidents Cup, making him the third Canadian in history to do so. Hadwin is in a great place right now both on and off the course, and hopes to continue this momentum into the 2017-2018 season.

Levelwear works with roughly 80 of the top 100 golf clubs in both Canada and the US, as well as continuously growing their portfolio of top tier golfers joining Adam Hadwin.

“We are thrilled Adam will be continuing to wear Levelwear on TOUR this season after his stellar performance last year. His attitude on and off the course reflects the core values Levelwear boasts internally and externally,” said Hilton Ngo, Levelwear’s CEO. “We can’t wait to further grow our relationship with him as he competes on TOUR this season and watch him continue to reach new heights.”

In March of 2017, Levelwear was named official apparel and headwear partner for the RBC Canadian Open and CP Women’s Open.

Levelwear has established enduring business verticals in licensed and team sports, golf apparel, and men’s and women’s lifestyle wear, with core strengths of innovation, decoration, and industry leading service. The company holds licensing partnerships with some of the top global brands, including the NHL and NHLPA, NBA and NBPA, 140 US Colleges, Hockey Canada and various soccer properties (Bayern Munich, Paris St. Germain, Juventus, Celtics, Liverpool, Manchester City, Tottenham, etc.) globally. At the PGA Merchandising Show in Orlando later in the month, Levelwear is unveiling its 2018 collection and the Insignia Program, a highly innovative logo treatment collection, that gives a rich gloss metallic like finish with custom embellishments. For more information, please visit www.levelwear.com.