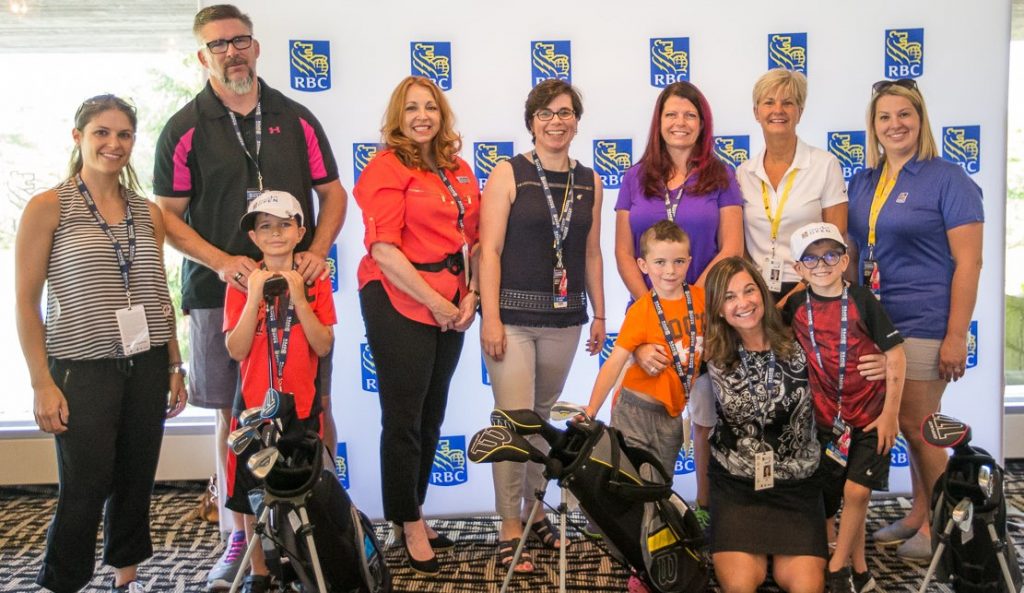 The announcement brings the all-time total generated for charity by the PGA TOUR to $2.65 billion. The TOUR surpassed $1 billion in 2005 and $2 billion at the beginning of 2014.

“The entire PGA TOUR family takes tremendous pride in the positive impact that we continue to make each year through the millions of dollars that are raised for very deserving charitable organizations,” said PGA TOUR Commissioner Jay Monahan. “As we often note, beyond the sheer dollar amount, the real story is in the hundreds of thousands of lives that benefit from these contributions every year. Thank you to all of the tournaments, players, sponsors, volunteers and fans who make all of this possible.”

In 2017, five PGA TOUR events raised more than $10 million for charity – the AT&T Pebble Beach Pro-Am, Valero Texas Open, DEAN & DELUCA Invitational, the John Deere Classic and the Waste Management Phoenix Open. In addition to those tournaments, the biennial Presidents Cup announced a record donation of more than $10.7 million as a result of the 2017 event held at Liberty National Golf Club in Jersey City, New Jersey.

The PGA TOUR’s flagship event, THE PLAYERS Championship, generated $8.7 million in 2017, a large portion of which benefits local children’s charities as part of the tournament’s commitment to generate $50 million for youth-related charities over 10 years. Since that commitment was made in April of 2011, $45 million has been raised toward that goal.

Since coming on board as title sponsor of the RBC Canadian Open in 2008, RBC along with Golf Canada have raised $8.78 million for charitable organizations across Canada. Throughout its history, Canada’s National Open Championship has generated more than $50 million in charitable proceeds for important causes.

Ronald McDonald House Charities Canada has been the official charity of the RBC Canadian Open since 2013. The 15 Ronald McDonald Houses across Canada provide a place for out-of-town families to stay while their sick child is being treated at a nearby hospital.

Ronald McDonald Houses provide families of sick children with a home to stay at while their child is being treated at a nearby hospital. As well, Ronald McDonald Family Rooms provide a comfortable place for families to rest and recharge, right inside hospitals. And through Ronald McDonald Care Mobiles, they help to bring basic medical care to vulnerable communities. So families can stay together and kids can heal better.

Unlike other professional sports organizations, the PGA TOUR relies on more than 100,000 volunteers annually to run its tournaments, and the vast majority of its tournaments are structured as non-profit organizations designed to donate 100 percent of net proceeds to charity. Community beneficiaries include a broad range of organizations such as hospitals and shelters; youth development programs; food banks; groups that support the military and their families; organizations that support senior citizens; those that help abused women and children, and growth-of-the-game initiatives.

The PGA TOUR co-sanctions more than 130 tournaments on the PGA TOUR, PGA TOUR Champions, Web.com Tour, PGA TOUR Latinoamérica, Mackenzie Tour-PGA TOUR Canada and PGA TOUR-China. Members on the PGA TOUR represent the world’s best players, hailing from 25 countries (84 members are from outside the United States). Worldwide, PGA TOUR tournaments are broadcast to more than 1 billion households in 226 countries and territories in 23 languages. Virtually all tournaments are organized as non-profit organizations in order to maximize charitable giving. In 2017, tournaments across all Tours generated a record of more than $180 million for local and national charitable organizations, bringing the all-time total to $2.65 billion.