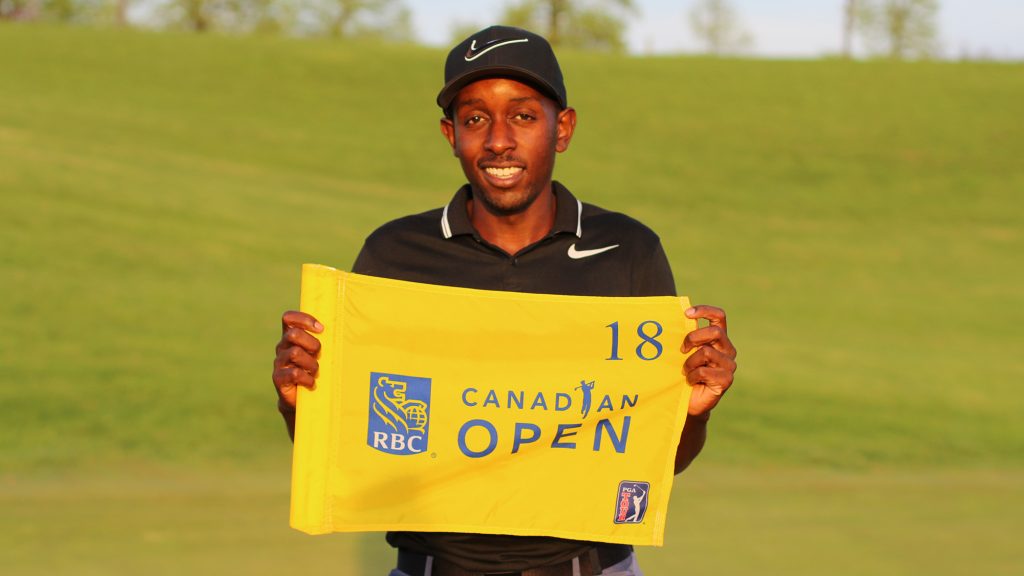 ACTON, Ont. – There was nothing but beautiful blue skies at Blue Springs Golf Club as 144 players competed in hopes of earning a direct exemption into the 2018 RBC Canadian Open at Glen Abbey Golf Club in Oakville, Ont. from July 23-29.

Nyasha Mauchaza, a Zimbabwe native, posted a 6-under 66to claim medallist honours at the second of three Regional Qualifying events and punch his ticket to his first RBC Canadian Open.

“In my preparation, I just tried my best to get the shots I needed,” said Mauchaza, greenside at the 18th  hole. “Reflecting on the positives and the negatives, I’m just really delighted with the way I played.”

Mauchaza, who began the day on the 10th hole, opened with a 4-under 32 on the back-nine. The 30-year-old finished the round with three birdies in a row across his final six holes to secure his victory atop the leaderboard.

Defending champion and Team Canada alumnus Matt Hill of Sarnia, Ont., finished two strokes behind the lead at 4 under par. He is joined by fellow Team Canada graduate Chris Hemmerich of Guelph, Ont., who closed the 18-hole stroke play event at 2 under par.

A third regional qualifier will take place on June 18th at Le Blainvillier in Blainville, Qué.

Full results can be found here.