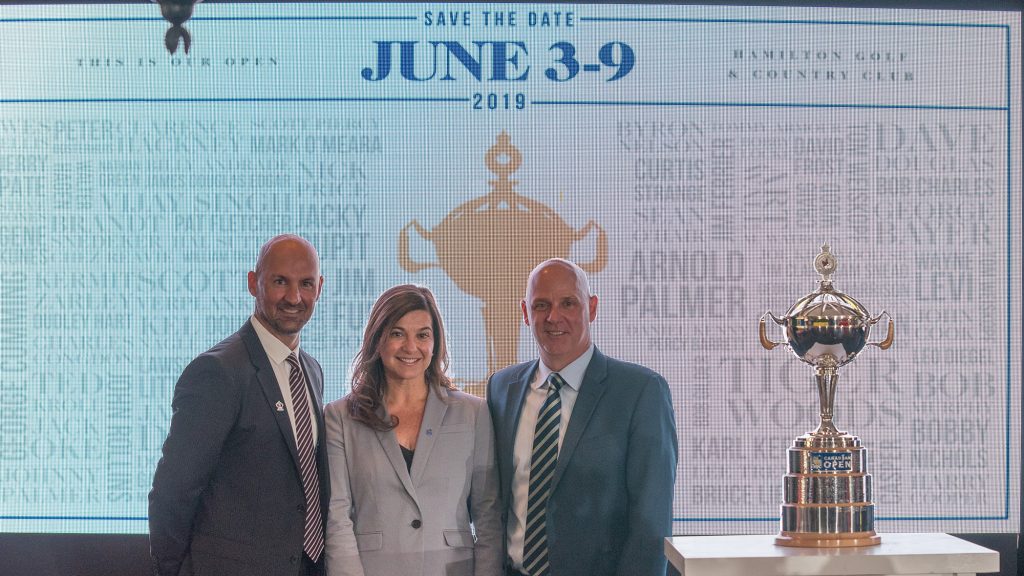 TORONTO, July 3, 2018 — RBC, Golf Canada and the PGA TOUR today announced that the 2019 RBC Canadian Open will be moving to a premier spot on the PGA TOUR schedule starting in 2019, one week before the U.S. Open. The 110th RBC Canadian Open, to be played at the historic Hamilton Golf and Country Club with new dates, June 3-9, 2019, is expected to attract an even better field for Canada’s National Championship.

The 2018 RBC Canadian Open will be played as scheduled, July 23-29, at Glen Abbey Golf Club in Oakville, Ontario.

“The RBC Canadian Open is one of the oldest and most-prestigious golf events in the world and we’re thrilled to start a new chapter in 2019,” said Mary DePaoli, executive vice-president and chief marketing officer, RBC. “As the only Canadian stop on the Tour, the June tournament date will help enrich the experience for fans, players and all Canadians.”

In addition to the new spot on the PGA TOUR schedule, the 2019 RBC Canadian Open will also feature an increased purse, set at USD $7.6-million.

“The PGA TOUR, RBC and Golf Canada have collaborated to ensure this new date is the right fit for players and fans of the RBC Canadian Open,” said Andy Pazder, chief tournaments & competitions officer, PGA TOUR. “As title sponsor of both the RBC Canadian Open and the RBC Heritage, RBC has been a tremendous partner of the PGA TOUR, and we’re thrilled to have this opportunity to move one of golf’s most important and historic tournaments to a new date for the event starting in 2019.”

With even stronger fields and competition anticipated with the new date, the RBC Canadian Open is expected to:

“Golf Canada is beyond thrilled by RBC’s overall support for the Canadian Open. Together with the PGA TOUR, the new 2019 date change is a clear demonstration of our combined commitment to the game and Canada’s National Open Championship,” said Laurence Applebaum, chief executive officer, Golf Canada. “This exciting change will inject tremendous energy into the RBC Canadian Open and make Canadian golf better.”

For ticket, volunteering, sponsorship and corporate hospitality information on the 2018 RBC Canadian Open, details are available online at www.rbccanadianopen.com