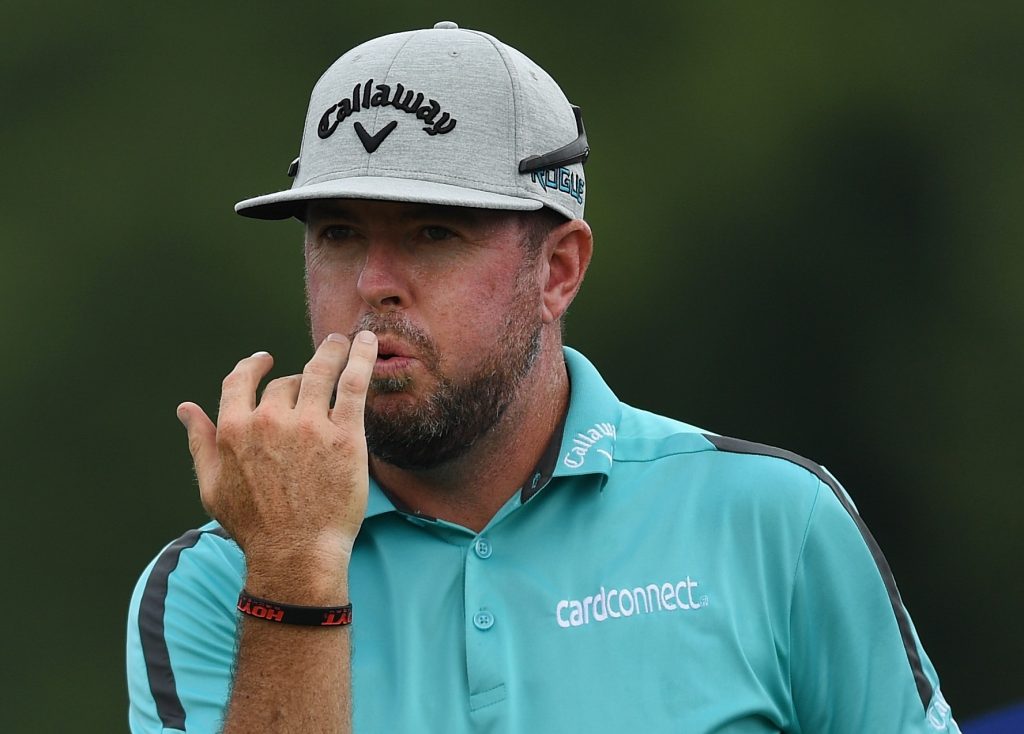 OAKVILLE, Ont. – Robert Garrigus carded a scorching 63 to grab the clubhouse lead at 9-under par during the rain-delayed opening round of the RBC Canadian Open.

Play on Thursday was halted at 4:30 p.m. due to high winds and potential lightning strikes that made it unsafe to keep golfing. Play resumed at 6:44 p.m. after a two-hour and 14-minute delay. Fifty-five golfers were unable to finish their first round when play was officially suspended for the day due to a dangerous weather situation at 8:04 p.m.

Garrigus, who finished T5 in 2017, was one shot ahead of fellow American Adam Schenk at 9-under 63 when inclement weather suspended play in the afternoon at Glen Abbey Golf Club.

“Could have been 59 there if a couple putts didn’t lip out,” said Garrigus, who had birdie putts lip out on Nos. 10 and 17. “Got lucky on the par 5, on 13, hit it right in the middle of the water, and it hit a rock and bounced over the thing and I made birdie.

Garrigus shot a 10-under 62 in the third round in last year’s tournament to match the course record.

“I love this place. I’ve always played well in Canada. There’s a lot of good vibes here. And the golf course is absolutely pure,” said Garrigus, who also finished T2 in 2012, the last time Canada’s National Open was played at Hamilton Golf and Country Club, host of both the 2019 and 2023 RBC Canadian Open. “I mean, I was walking on the fairway on No. 8, and it just felt like you were walking on carpet, and you get up on the green, and it’s like grass. The conditions are absolutely perfect.”

Schenk made the most of the conditions closed out his round in the rain with three straight birdies to sit in second place at 8-under.

“If you were in the fairway, it was much easier to attack, but you could still play from the rough, so I did that too often today but was fortunate to get away with it,” said Schenk, a PGA TOUR rookie who is fighting to keep his card with a handful of tournaments left on the schedule. “But if you can get within 20 feet of the hole, you’re going to make some putts, especially in the morning. The greens are very smooth.”

American Chris Stroud was able to complete his round to finish his day in solo-third.

Brantford, Ont, native David Hearn and Nick Taylor of Abbotsford, B.C. are the leading Canadians sitting T22 after a 4-under-par 68. Teeing off on hole No.10, Hearn started strong on the back nine and stayed consistent throughout the day, recording only a single bogey on hole No.7.

“I feel great today. I hit the ball really, really nicely to green and gave myself lots of chances for birdie,” said Hearn. “Four-under was a good round. I left a few out there today but overall, I feel really positive about the way I played and am looking forward to tomorrow.”

Taylor’s bogey-free round included a birdie from 6 feet on his final hole to grab a share of low Canadian alongside Hearn.

“Being the low Canadian would be nice, but that’s not really my focus,” said Hearn. “It’s nice to have a solid round to start the tournament, and hopefully I can have a good one tomorrow morning.”

Crisologo’s Team Canada Amateur Squad teammates Joey Savoie and Hugo Bernard sit at1-under and 1-over, respectively. Bernard will play his final five holes when round one resumes on Friday.