KEVIN TWAY LEADS THROUGH 36 HOLES AT THE RBC CANADIAN OPEN 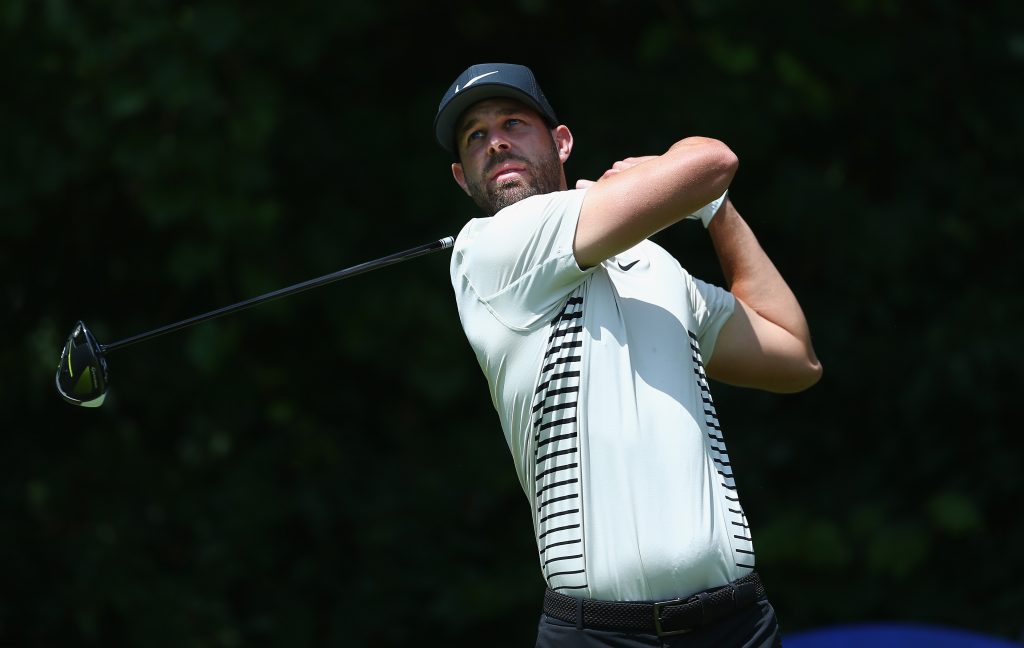 OAKVILLE, ON - JULY 27: Kevin Tway plays his shot from the 16th tee during the second round at the RBC Canadian Open at Glen Abbey Golf Club on July 27, 2018 in Oakville, Canada. (Photo by Vaughn Ridley/Getty Images)
Tyler Costigan

OAKVILLE, Ont.  —  Edmond, Okla., product Kevin Tway shot a 7-under 65 at Glen Abbey Golf Club on Friday to move to 13-under-par and take the 36-hole lead at the RBC Canadian Open.

Tway, who is looking for his first PGA TOUR title, recorded one bogey and eight birdies on Friday to build a one-shot advantage.

“It’s always nice to make a bunch of birdies,” said Tway, looking for his first career PGA TOUR victory. “Being near the top is what you practice for, so I’ll just keep trying to do the same thing the next two days.”

The 30-year-old is also hoping to follow in the footsteps of his father Bob, who won the 2003 edition of the tournament. A victory here would make for a great historical moment at Canada’s National Open, as no father-son duo has ever won the Canadian Open.

Keegan Bradley is also charging into the weekend with a share of second at 12-under. The Woodstock, Vt. came in hot with an eagle on the 2nd hole and finished even stronger, going birdie-eagle-birdie-eagle across his final four holes.

“Yeah that was wild. It turned kind of an average day out here into something really special,” said Bradley. “There’s not many courses you can do that on like you can out here. That’s what makes it such a great event.”

South Korea’s Whee Kim is tied with Bradley after making a similar impressive run with two birdies out the gate on the back-nine at Glen Abbey followed by an eagle and two consecutive birdies across his final three holes.

“You know, you don’t really need to think about missing the cut or just making a bogey or double bogey,” said Kim. “Everything is great. It feels very positive, you know.”

Seven Canadians survived the 36-hole cut at Glen Abbey led by Nick Taylor who carded a 5-under-par 68 to sit T10.

“I hit a lot better today. I drove it way better today too,” said Taylor. “If I play well and I’m the low Canadian, that’s great but I’m trying to win a golf tournament. That could take care of that.”

The Abbotsford, B.C., native heads into the weekend four shots off the lead and will look for his best RBC Canadian Open finish since he placed T53 in 2008.

Ben Silverman made the biggest move at the tournament, catapulting 106 spots up the leaderboard into a tie for 15th. The Thornhill, Ont., native poured in nine birdies in his bogey-free second round, coming within one shot of tying the course record.

“Couldn’t have scripted it better really,” said the PGA TOUR rookie when asked about how it felt to play in front of the hometown crowd. “I’ve got the Canadian shoes on, red and white, and got to play 40 minutes from where I grew up, so it was awesome.”

Team Canada Amateur Squad rookie Chris Crisologo of Richmond, B.C. continued to make waves at the tournament, posting a 7-under-par 137 to add his name to the list of Canadians advancing to the weekend.

“You never know what to expect out of these things,” said the 22-year-old amateur. “Obviously it’s my first (RBC) Canadian Open, so really I’m just out here to enjoy the moment and make the most out of this opportunity.”