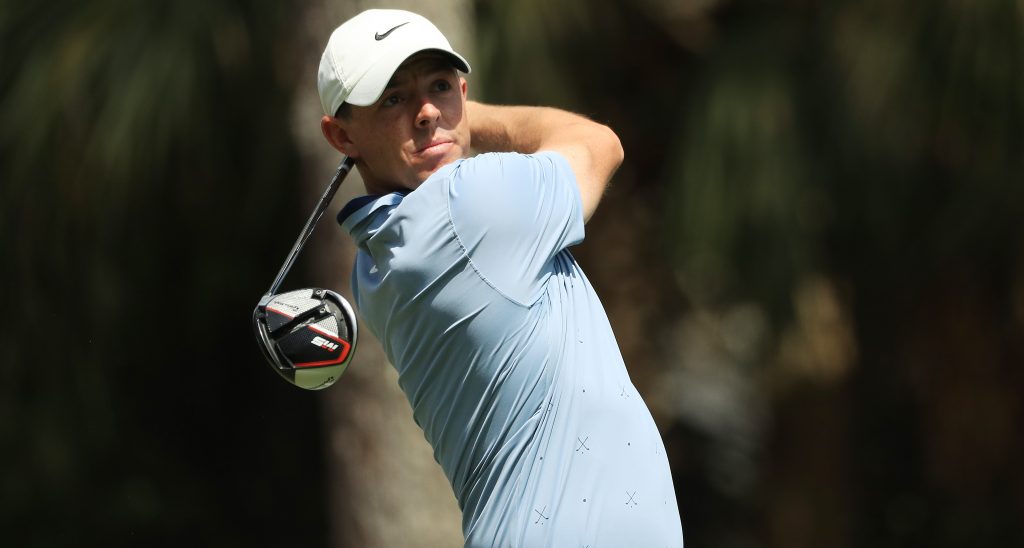 PONTE VEDRA BEACH, FLORIDA - MARCH 15: Rory McIlroy of Northern Ireland plays his shot from the second tee during the second round of The PLAYERS Championship on The Stadium Course at TPC Sawgrass on March 15, 2019 in Ponte Vedra Beach, Florida. (Photo by Mike Ehrmann/Getty Images)
RBC Canadian Open

OAKVILLE, ON (Golf Canada) – Today, RBC and Golf Canada announced that world ranked No. 4 – Rory McIlroy – will compete in the 2019 RBC Canadian Open, June 3-9 at the Hamilton Golf and Country Club.

“I‘m really excited to play in my first  RBC Canadian Open,” said McIlroy. “There continues to be a lot of momentum around this historic tournament, with a new date, new location and now a new concert series. I’ve had the opportunity to see the passion that Canada has for our sport and I look forward to seeing the energy of Canadian golf fans first hand. I’m also looking forward to squaring off with DJ, Adam and the rest of Team RBC for Canada’s National Open Championship.”

The 29-year old international superstar from Northern Ireland currently holds the No. 1 spot on the 2019 FedEx Cup Ranking. His results also include:

“Rory is one of the game’s most accomplished and iconic young stars – his win at THE PLAYERS Championship this past weekend was incredible,” said Mary DePaoli, Executive Vice President and Chief Marketing Officer, RBC. “We are so pleased that he has added the 2019 RBC Canadian Open to his schedule and are looking forward to giving him a warm welcome to Canada for his first-ever start at the tournament. I’m sure that Canadian golf fans, young and old, will show him our enthusiasm for this great sport.”

Tickets for the 2019 RBC Canadian Open are available HERE.

“We have seen incredible momentum for the 2019 RBC Canadian Open with the move to our new June date,” said Golf Canada CEO Laurence Applebaum. “The exciting news that Rory McIlroy will be joining the field at Canada’s National Open Championship will be really special for golf fans at the Hamilton Golf and Country Club. Together with RBC, our goal has always been to continually elevate this tournament, for players and golf fans alike. Having Rory join other big names like Dustin Johnson, Webb Simpson and Jim Furyk will no doubt make this a ground-breaking year at our Open.”

In the coming weeks, additional players, including Canadians and tournament exemptions, will be announced. PGA TOUR players have until Friday, May 31 to commit to the field of the 2019 RBC Canadian Open.