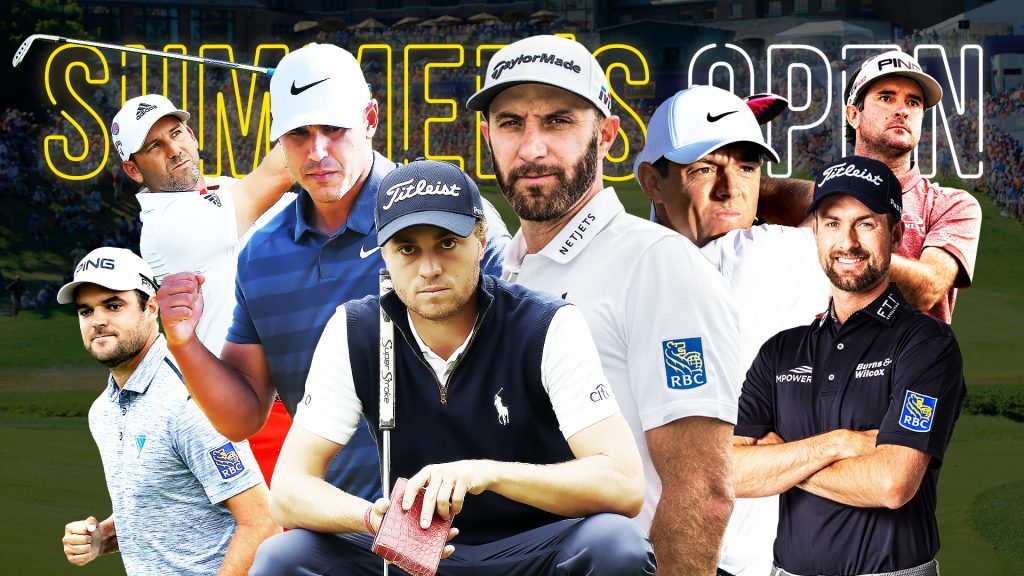 HAMILTON (Golf Canada) – Golf Canada and RBC are pleased to announce the final field vying for the US$7.6 million purse at the 2019 RBC Canadian Open, June 3-9 at Hamilton Golf and Country Club.

World no. 2 and Team RBC member Dustin Johnson will try to defend his title against a stellar field of PGA TOUR stars led by World No. 1 and 2019 PGA Championship winner Brooks Koepka. World No. 4 Rory McIlroy along with World No. 6 Justin Thomas will make their RBC Canadian Open debut and will be joined at Hamilton by former Masters champions Sergio Garcia, Danny Willet and Bubba Watson.

Johnson, a 20-time winner on the PGA TOUR, and Kuchar, a nine-time PGA TOUR winner will lead a roster of Team RBC players at Hamilton Golf and Country. Team RBC has seen unprecedented success in 2019 as Ryan Palmer, Graeme McDowell, Canadian Corey Conners, Johnson, and Kuchar have all won on the PGA TOUR.

“The field is shaping up to be one of the best in recent memory and we’re ready to welcome the best players in the world teeing it up at the 110th playing of Canada’s National Open Championship,” said Tournament Director Bryan Crawford. “This year’s championship features a great mix of stars from all around the world, more than 30 combined Major titles and the deepest field of Canadian talent ever to challenge for our National Men’s Open title. Along with great golf, we’ll be offering fans so many great on-site experiences from our key partners, a new food initiative to try some of Hamilton’s best restaurants, and thanks to the RBCxMusic Concert series, fans can take in music from Florida Georgia Line and The Glorious Sons on Friday and Saturday.”

In total, 156 players will compete for the US$7.6 million purse next week in Hamilton when the RBC Canadian Open returns to the storied club for the first time since 2012 and sixth time ever.

Past Champions…
Two past winners at Hamilton Golf and Country Club will be returning to familiar territory this year as 2006 winner Jim Furyk and 2012 winner Scott Piercy are in the field this year. Furyk also won the 2007 Canadian Open. Two other past RBC Canadian Open winners in the field at Hamilton are Brandt Snedeker (2013) and Dustin Johnson (2018).

The 2003 RBC Canadian Open was contested at Hamilton and won by Bob Tway. His son, Kevin Tway, will be in the field.

Twenty Canadians to compete for the National Men’s Open Title…
Leading the Canadian contingent at Hamilton will be Abbotsford, B.C. native and world No. 77 Adam Hadwin, who will return to Hamilton to play in his 10th RBC Canadian Open. Other confirmed Canadians include past PGA TOUR winners Mackenzie Hughes of nearby Dundas, Ont., Nick Taylor of Abbotsford, B.C., and Corey Conners of Listowel, Ont. Ben Silverman of Thornhill, Ont., David Hearn of Brantford, Ont., Adam Svensson of Surrey, B.C., and Roger Sloan of Merritt, B.C. round out Canada’s PGA TOUR contingent along with Canadian Golf Hall of Famer Mike Weir, making his 28th start at the Canadian Open.

Canadians receiving exemptions into this year’s RBC Canadian Open include Ryan Yip of Calgary along with Toronto natives Richard Jung and Drew Nesbitt.

Dual-citizen and European Tour player Austin Connelly of Claire, N.S., who was recently announced as one of Canada’s representative for the upcoming Pan-Am Games in Lima, Peru, will play his third RBC Canadian Open.

Marc-Etienne Bussieres of Quebec earned a place in this year’s RBC Canadian Open after finishing No. 1 on the PGA of Canada’s Order of Merit in 2018.

Each of the 21 Canadian players in the field will look to become the first Canadian to capture the national title since Pat Fletcher accomplished the feat in 1954.

Final Tournament Exemptions to be Named…
Following the Bayview Place DCBank Open presented by Times Colonist on the Mackenzie Tour-PGA TOUR Canada, the winner will earn an exemption to play in the 2019 RBC Canadian Open.

The final four exemptions into the field for the 2019 RBC Canadian Open will be handed out at the Monday Qualifier on June 3, to be played at Heron Point Golf Links near Ancaster, Ont.

Tickets for available rounds of the 2019 RBC Canadian Open can be purchased at www.rbccanadianopen.com.