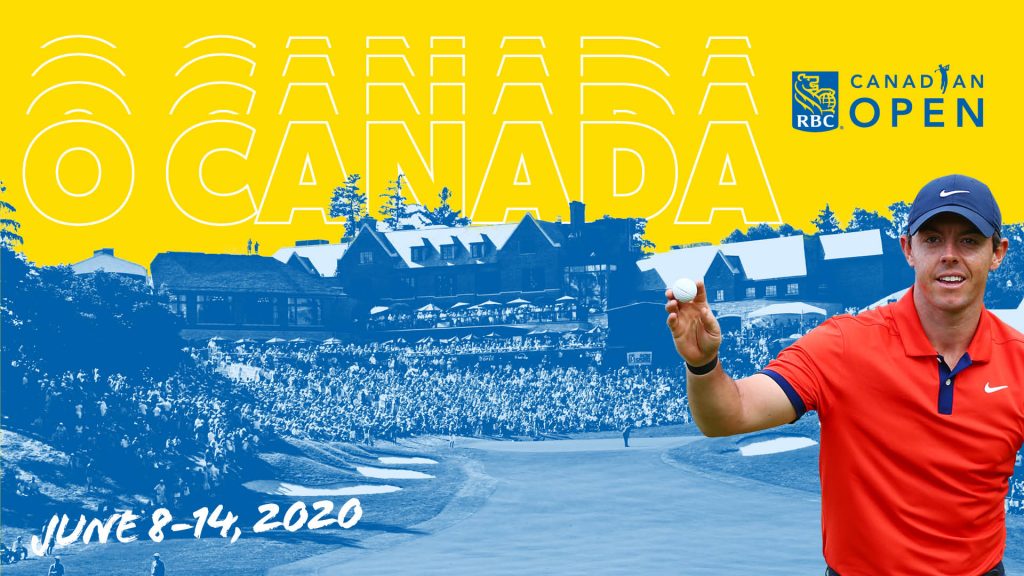 The schedule reflects a net increase of three tournaments over the current season. Eleven of the 46 Regular Season events will be conducted in the opening portion of the schedule between September-November. This segment includes two new tournaments in The ZOZO CHAMPIONSHIP in Japan and the Bermuda Championship, plus the return of A Military Tribute at the Greenbrier and the Houston Open following one-year absences due to their transition from 2018 mid-season dates.

The RBC Canadian Open will be held from June 8-14 at the historic St. George’s Golf & Country Club in Toronto, Ont. The return to St. George’s will mark the sixth time that the celebrated Stanley Thompson classic course has played host to Canada’s National Men’s Open Championship, most recently in 2010. Islington Golf Club, also a Stanley Thompson design, will proudly play host to the tournament practice facility for both years of the event’s return to the city of Toronto, as it did in 2010.

Later in the season, the TOUR will have an open week during the men’s Olympic competition (week of July 27-August 2) before resuming with the Wyndham Championship and three FedExCup Playoffs events. Several changes also have been made leading up to the Olympics, most notably: the Rocket Mortgage Classic in Detroit moving one month earlier to late May; and the World Golf Championships-FedEx St. Jude Invitational and Barracuda Championship shifting from late July to the first week of the month, exchanging dates with the 3M Open in Blaine, Minnesota.

“After a very successful first year with our new schedule, we are thrilled to expand the number of events to 49 while maintaining a great flow from start-to-finish, allowing our fans to better engage and follow the TOUR throughout the season,” said PGA TOUR Commissioner Jay Monahan. “For the second year, we’re excited about kicking off the Season of Championships with THE PLAYERS in March, bookended by the FedExCup Playoffs in August, and the return of the Olympics in that window. As for the early-season portion of the schedule, our players grasp the importance of a strong start in the Race for the FedExCup and this has translated into growth and momentum for the events played in the fall.”

With the PGA TOUR season now ending in August at the TOUR Championship, the 2019-20 season will open the week of September 9-15 with A Military Tribute at the Greenbrier. The Sanderson Farms Championship follows with its first-ever standalone date (September 16-22), before the TOUR moves on to the Safeway Open, Shriners Hospitals for Children Open and Houston Open.

The TOUR then embarks on a three-tournament Asian swing, beginning October 14-20 with THE CJ CUP @ NINE BRIDGES at Jeju Island, Korea. The ZOZO CHAMPIONSHIP debuts at Accordia Golf Narashino Country Club in Chiba Prefecture October 21-27, followed by the World Golf Championships-HSBC Champions in Shanghai, China, the week of October 28-November 3, which also marks the debut of the Bermuda Championship at Port Royal Golf Club in Southampton.

Following a week off, the TOUR continues the 2019 segment at the Mayakoba Golf Classic in Playa del Carmen, Mexico (November 11-17) before concluding with The RSM Classic. While that marks the end of FedExCup competition until the first week of January 2020, the 13thPresidents Cup returns to The Royal Melbourne Golf Club in Australia the week of December 9-15. It was there that the International Team claimed its lone victory over the U.S. Team in 1998.

Once the TOUR resumes in January in Hawaii, the scheduling sequence remains unchanged from the current season until the Rocket Mortgage Classic’s move from the last week of June to May 25-31. The next four weeks remain the same before the move of the WGC-FedEx St. Jude Invitational and Barracuda Championship to June-29-July 5 and the 3M Open to July 20-26, the week before the Olympic competition.

Following the Olympic Games, the Regular Season wraps up at the Wyndham Championship (August 3-9), where not only the FedExCup Playoffs field will be finalized, but the added drama of the season-long Wyndham Rewards Top 10 will be determined. Introduced this season, the $10 million competition caps the Regular Season by rewarding the 10 leaders in FedExCup points, with $2 million going to the winner.

Additionally, THE NORTHERN TRUST will be held for the first time in the Boston market at TPC Boston in Norton, Massachusetts, while the BMW Championship will visit Olympia Fields Country Club in suburban Chicago.