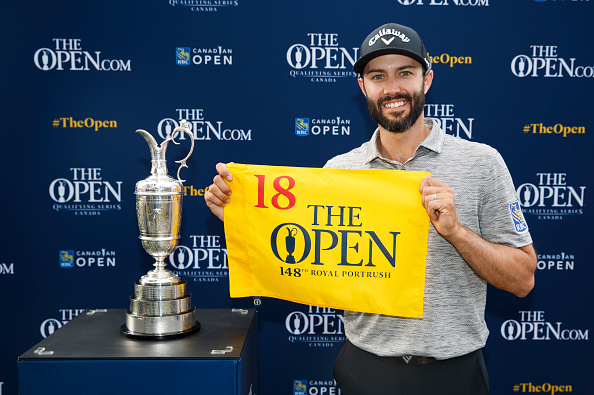 HAMILTON, ONTARIO - JUNE 09: Adam Hadwin of Canada poses for a photo after qualifying for The Open Championship during The Open Qualifying Series, part of the RBC Canadian Open at the Hamilton Golf & Country Club on June 9, 2019 in Hamilton, Canada. (Photo by Mark Blinch/R&A/R&A via Getty Images)

ST. ANDREWS, SCOTLAND – The road to The 149th Open at Royal St George’s will stop in Canada once again, as the 2020 RBC Canadian at St. George’s Golf and Country Club in Toronto will be among 16 events in 11 countries to make up The Open Qualifying Series for 2020.

A minimum of 46 places in The Open are available through the Series, which provides golfers with opportunities to qualify at events around the world on the PGA TOUR, the European Tour, the PGA Tour of Australasia, the Asian Tour, the Korean Tour, the Japan Golf Tour and the Sunshine Tour.

Johnnie Cole-Hamilton, Executive Director – Championships at The R&A, said, “We have agreed an exciting schedule of events with our colleagues at the leading professional tours around the world and we will look forward to finding out which golfers qualify for Royal St George’s.

“We know there is real excitement among fans at the prospect of The Open returning to Royal St George’s which will undoubtedly spur on players to qualify to compete over the famous Kent links come July next year.”