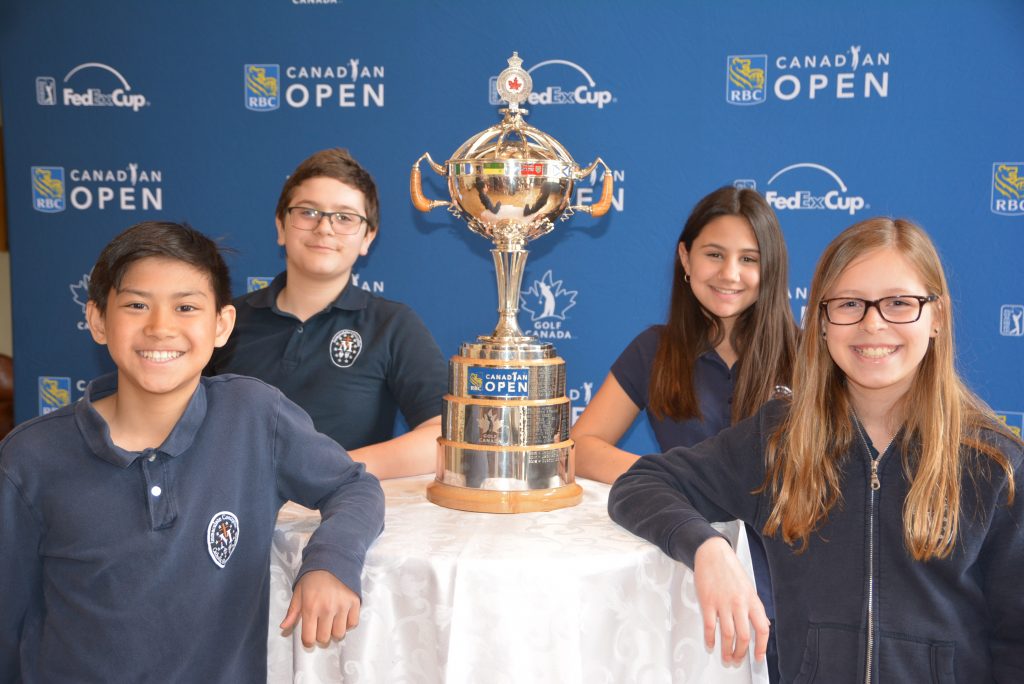 PONTE VEDRA BEACH, FLORIDA – PGA TOUR player Gary Woodland surprised Amy Bockerstette from Special Olympics Arizona last January with the opportunity to play the 16th hole together as part of his Waste Management Phoenix Open practice round. With a smile on her face and her can-do, “I got this” self-talk, Amy – the first collegiate golfer to compete with an intellectual disability such as Down syndrome – became an overnight sensation. Her remarkable, par-saving putt has been viewed nearly 44 million times across TOUR platforms and has been featured on the NBC Nightly News, CBS Evening News, the TODAY Show and countless other platforms beyond golf.

One year later, the PGA TOUR celebrated the anniversary of that memorable event by announcing that the TOUR and its tournaments have surpassed $3 billion in all-time charitable giving. The charitable total, which includes a record $204.3 million in 2019 to bring the all-time total to $3.05 billion, includes donations made by tournaments on the PGA TOUR, PGA TOUR Champions, Korn Ferry Tour, Mackenzie Tour-PGA TOUR Canada, PGA TOUR Latinoamérica and PGA TOUR Series-China.

“It’s truly a pleasure to thank our fans, sponsors, tournaments, players and volunteers for helping us generate over $3 billion for charity and positively impact millions of lives,” said PGA TOUR Commissioner Jay Monahan. “As remarkable as this milestone is, what really matters are the countless stories like Amy’s that every tournament has. Together, we look forward to continuing to reach – and celebrate – millions more.”

Woodland and Amy are two of those millions, and it’s been a whirlwind for both since the two first met at TPC Scottsdale. Woodland and his wife, Gabby, have welcomed twins; he celebrated the biggest win of his career at the U.S. Open, telling Amy he “used (her) positive energy” to do so; and Amy has become an ambassador for those with Down syndrome, launching her I GOT THIS FOUNDATION topromote golf instruction and playing opportunities for people with Down syndrome and other intellectual disabilities. The two will reunite on Wednesday, January 29, at the Waste Management Phoenix Open, the site of their now-famous interaction.

Each PGA TOUR tournament provides individuals an opportunity to give back to the community in one of three ways – attending an event, volunteering, or donating money. Not-for-profit tournaments under the PGA TOUR umbrella donate their net proceeds to support local organizations, totalling more than $3 billion in donations to date. The impact these tournaments make throughout the year is possible thanks to the more than 100,000 volunteers who commit their time to ensure each event is a success.

The charity partner of the RBC Canadian Open is the Golf Canada Foundation. To learn more, visit www.golfcanadafoundation.com