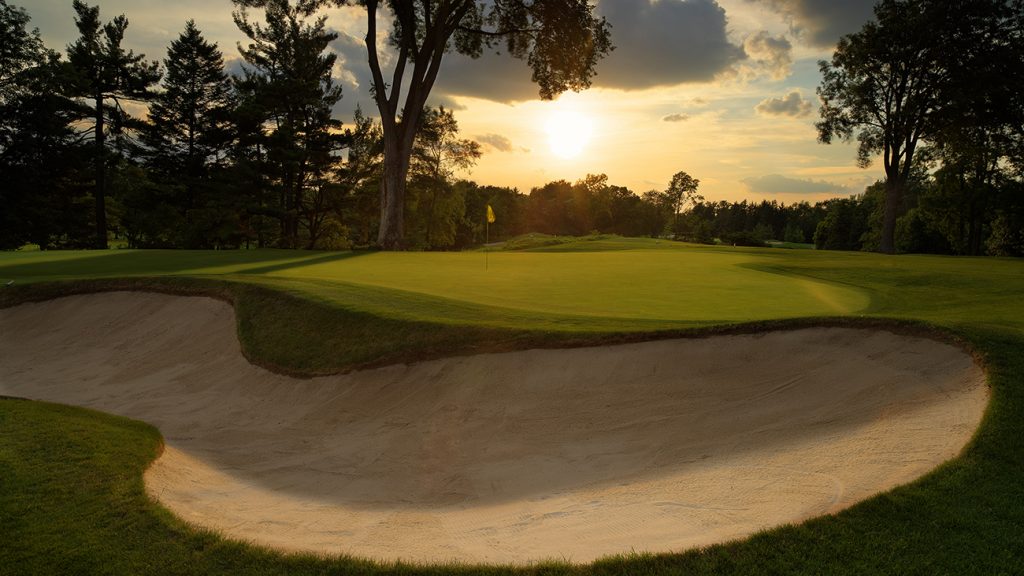 TORONTO – Golf Canada and title sponsor RBC in partnership with the PGA TOUR have announced that Oakdale Golf and Country Club in Toronto will join the celebrated host venue rotation for the RBC Canadian Open, with the Stanley Thompson classic confirmed to host Canada’s National Men’s Open Championship in 2023 and 2026.

A 27-hole facility quietly located near the centre of the Greater Toronto Area, Oakdale will challenge the stars of the PGA TOUR as a 7,460-yard composite championship routing that integrates elements from each of the course’s three nines (Thompson, Homenuik, Knudson).

In 2018, the golf course underwent a major restoration under the guidance of Ian Andrew to bring consistency across the three nines. The facility is currently in the final stages of its multi-million-dollar renovation and revitalization project to the golf course and clubhouse.

“Together with our partners at RBC and the PGA TOUR, I am extremely pleased that the membership of Oakdale Golf and Country Club has accepted our invitation to join us in hosting the 2023 and 2026 RBC Canadian Open,” said Golf Canada CEO Laurence Applebaum. “The property is ideally situated in the heart of the GTA and presents the competitive challenge and operational capacity to stage an incredible championship. This is a special moment in Canadian golf as a classic venue emerges to challenge the world’s best golfers and share its history on the global golfing stage.”

When it welcomes the first of two RBC Canadian Opens in 2023, Oakdale will become the 37th golf course in the 117-year history of the event (and only the seventh since 1977) to host Canada’s National Men’s Open Golf Championship.

“RBC is proud to be title sponsor of the RBC Canadian Open and it is a special honour to see Oakdale Golf and Country Club take its place alongside the rotation of celebrated venues to host Canada’s National Men’s Open Championship,” said Matt McGlynn, Vice President, Brand Marketing, RBC. “The momentum behind this tournament continues to grow, and there is tremendous enthusiasm to introduce Canadian golf fans and the stars of the PGA TOUR including Team RBC to a great golf course and an exceptional tournament experience.”

The 2026 RBC Canadian Open will take on additional significance as the championship will coincide with the celebration of Oakdale’s centennial anniversary.

“Oakdale is honoured to be hosting the RBC Canadian Open in 2023, as well as in 2026, a year in which we will celebrate our 100th anniversary,” said Mark Sadowski, President of Oakdale Golf & Country Club. ” We are proud to be opening our doors to the world’s best golfers so they can test themselves against our recently renovated composite golf course designed by Stanley Thompson and Robbie Robinson, two Canadian Golf Hall of Fame members. Working alongside Golf Canada, the PGA Tour, and RBC, our membership is committed to delivering an incredible tournament experience, engaging the community surrounding the club, as well as welcoming Canada and the world to Oakdale!”

“We’re excited about partnering with RBC, Golf Canada and Oakdale Golf and Country Club for the RBC Canadian Open in 2023 and 2026,” said PGA TOUR President Tyler Dennis. “Oakdale is a hidden gem and players will greatly enjoy the challenge of the facility. And with its centralized location, it will prove to be a perfect venue for the RBC Canadian Open rotation and one that fans of Toronto and Canada will embrace.”

Oakdale Golf and Country Club is a traditional tree-lined classic parkland style course over tumbling land, quietly situated in a populated urban setting. Formed by members of Toronto’s Jewish community, the golf course was originally designed in 1926 by renowned course architect and Canadian Golf Hall of Fame honoured member Stanley Thompson. An additional nine holes were built soon after and a third nine holes opened in 1957 under the vision of Thompson’s protégé and fellow Canadian Golf Hall of Fame honoured member, Robbie Robinson. In 2018, the golf course underwent a major restoration under the guidance of Ian Andrew to bring consistency across the three nines. The facility is currently in the final stages of its multi-million-dollar renovation and revitalization project to the golf course and clubhouse.

A 27-hole facility quietly located near the centre of the Greater Toronto Area, Oakdale will challenge the stars of the @PGATOUR with a 7,460-yard composite championship routing ??

Elements from each of the course’s three nines (Thompson, Homenuik, Knudson) are included pic.twitter.com/TX25Psq7k6

The Thompson and Homenuik nines make up the original 18 holes created by Stanley Thompson while the Knudson nine reflects the additional work of Robbie Robinson. Smallish greens dominate the Thompson-Homenuik 18, while slightly larger greens are found on the Robinson 9. The ninth hole on Knudson course will be the historic finishing hole for the championship.

A practice facility will be built using two existing holes on the property (#1 and #6 on the Thompson nine) while the existing practice range is expected to host a number of event activations. The practice range will be constructed by Ian Andrew who similarly constructed the temporary practice facility at Islington Golf Club which will be part of the 2022 RBC Canadian Open hosted at nearby St. George’s Golf and Country Club.

Watch the full announcement below.