Defending champion McIlroy, trio of Canadians ready for the celebrated return of the RBC Canadian Open 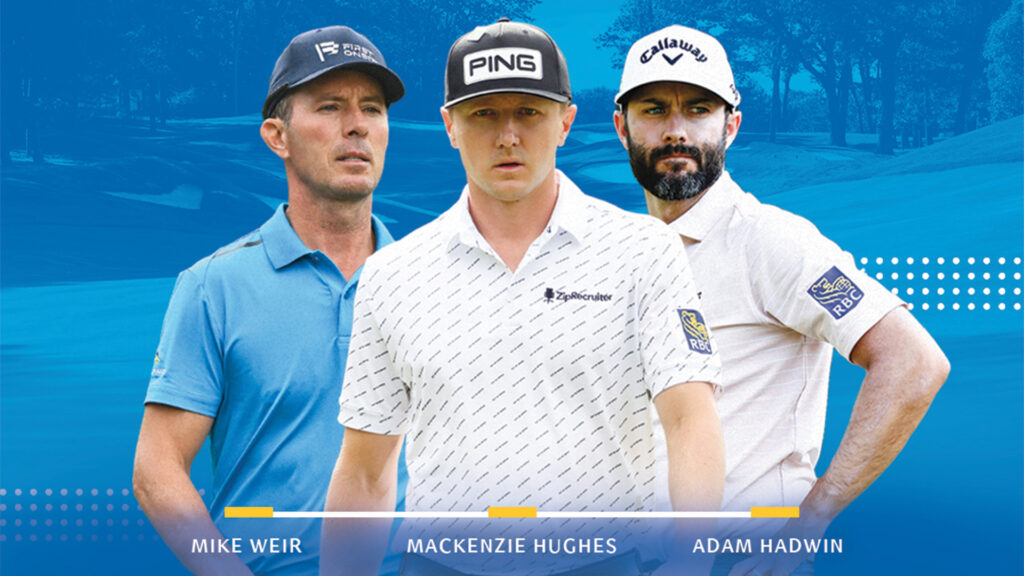 TORONTO (June 8, 2022) – Rory McIlroy will begin his title defence on Thursday, as 156 players get set to tee it off in the opening round of the 2022 RBC Canadian Open at St George’s Golf & Country Club.

McIlroy’s attempt at defending his title comes after a two-year hiatus due to the COVID-19 pandemic. The 20-time PGA TOUR winner will join a feature pairing for the opening two rounds with Justin Thomas and Corey Conners, and will follow the Canadian trio of Adam Hadwin, Mackenzie Hughes and Mike Weir in the early morning groupings.

SATURDAY SELLOUT
Tickets for Saturday’s third round, followed by Maroon 5 at the RBCxMusic Concert Series have officially sold out.

RORY’S LUCKY LOONIE
If it ain’t broke, don’t fix it; that’s the motto Rory McIlroy is honouring this week at St George’s Golf & Country Club as he turns back the dials to an old tradition. The defending RBC Canadian Open Champion’s pockets will be ‘loaded with loonies’ this week as ball markers, a tactic he used on route to his title win in 2019. Read more here.

BROADCAST COVERAGE:
The following are broadcast times for the 2022 RBC Canadian Open:

MOBILE APP EXPERIENCE
Experience the RBC Canadian Open like never before by downloading the Golf Canada Mobile App on your iOS or Android device. Essential features include a live map, mobile ordering, leaderboard & pairings, tickets, breaking news and special events. Plus, use the Golf Canada Mobile App to enhance your experience while playing! Find golf courses, track your game, set up matches against friends, access GPS yardages and more. Click here to download.