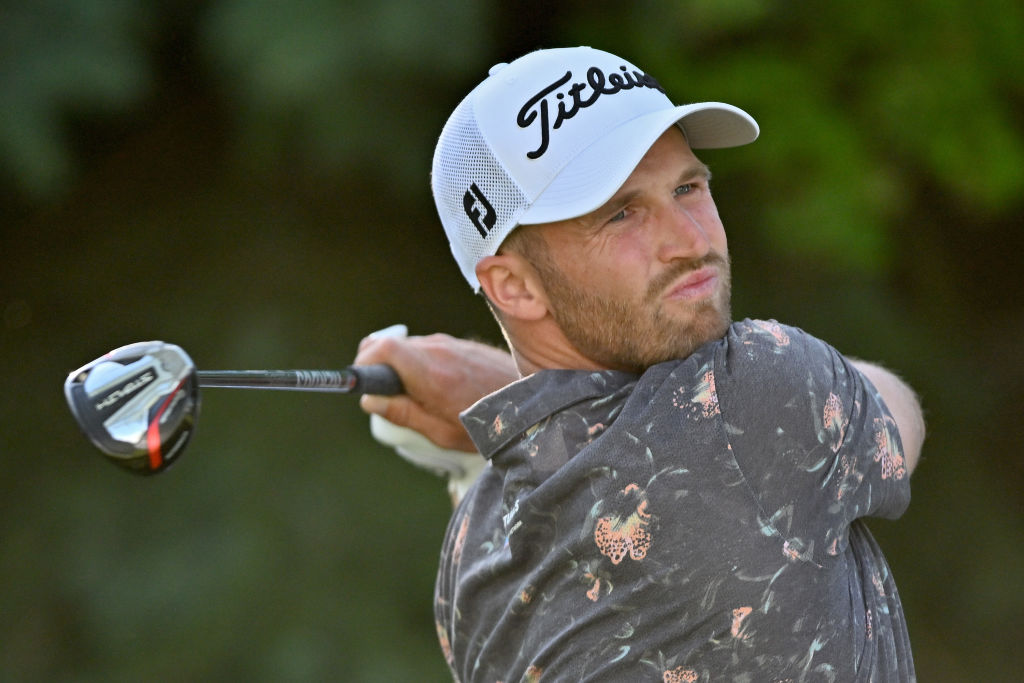 TORONTO, Ont. – The second round of the RBC Canadian Open saw sunny skies as players took to St. George’s Golf & Country Club to compete in the 111th playing of the historic tournament.

SECOND ROUND RECAP
Aaron Cockerill climbed 23 spots up the leaderboard Friday with a 2-under par 68 in the second round of the 2022 RBC Canadian Open. The 30-year-old from Stony Mountain, Man., holed three birdies and only one bogey for a share of the low-Canadian score of the day with Nick Taylor and Adam Svensson. He sits in a tie for 20th on the leaderboard, five strokes back of the leader in his first ever PGA TOUR event.

“Had a decent amount of buddies out there and they were having some fun. It was fun to make a few birdies for them and hole a few putts and [I’m] happy with the day,” said Cockerill. “We get decent crowds on the European Tour but being a local and having that local support is awesome. I’m sure they will be out in full force tomorrow, so looking forward to it.”

Wyndham Clark followed up a first-round seven-under 63 with an even-par 70 to maintain a one-stroke lead heading into the weekend at St George’s Golf & Country Club. The Denver, Colorado, native is searching for his first win on the PGA TOUR. Eight of 31 second-round leaders have gone on to win the tournament this season.

Alex Smalley, Keith Mitchell, Matt Fitzpatrick and defending champion Rory McIlroy are positioned in a four-way tie for second. Of that group, Smalley and Mitchell were the low scorers with a pair of three-under par 67s. McIlroy fired a two-under par 68, while Fitzpatrick came in with an even-par 70.

Cameron Smith made the biggest splash on the leaderboard, jumping 76 spots with a five-under par 65, highlighted by a hole-out for eagle on the par-4 fifth hole at St George’s. Austin Cook carded the low round of the day, a six-under 64 and sits T6.

70 players (including six Canadians) made the cut (+1) and have advanced to the weekend rounds with third round action kicking off at 7:55 a.m.

RBC COMMUNITY JR GOLF
On Wednesday at the RBC Canadian Open, Harold Varner III surprised a youth group from the Boys and Girls Club of Peel. The event, hosted by First Tee – Canada and RBC Community Junior Golf, featured a behind-the-scenes tour of the RBC Canadian Open, swings on the golf simulator, and a pizza party with HV3. To find out more, click here.

PURCHASE TICKETS FOR THE GOLF CANADA FOUNDATION 50/50 RAFFLE IN SUPPORT OF FIRST TEE – CANADA
From Wednesday afternoon through Sunday of tournament week, Golf Canada Foundation will be selling 50/50 tickets on-site at the RBC Canadian Open & CP Women’s Open tournaments. The draw will take place Sunday evening, with the winning number announced here on the Foundation website and across social media channels. Proceeds from the raffle in support of the First Tee – Canada, the official beneficiary of the RBC Canadian Open, will benefit junior golf initiatives and help to grow the game in Ontario and across the nation. Click here for more information.

CGSA RECOGNIZES ST. GEORGE’S GOLF & COUNTRY CLUB SUPERINTENDENT
Ian McQueen, superintendent at St. George’s Golf and Country Club was presented with a commemorative plaque by Pierre Vezeau, president of the Canadian Golf Superintendents Association (CGSA), in recognition of his efforts in preparing the golf course for the RBC Canadian Open. This is McQueen’s first national tournament. He has been a CGSA member since 2004 and has 18 years of experience as a superintendent, six of those at St. George’s which remains in the top 5 in Score Golf’s top 100. Click here for the full transcript.

HOMEGROWN TALENT TO KICK OFF MUSIC CELEBRATION ON FRIDAY AT THE SIRIUSXM STAGE
A new partnership among Golf Canada, SiriusXM and RBC this year showcases home-grown artists and offers even more music. For 2022, the RBCxMusic Concert Series returns with an incredible line-up. Hip-hop icon Flo Rida headlines tonight with Canadian rapper SonReal in the warm-up slot.

Prior to SonReal’s performance on Friday, Toronto-based R&B singer-songwriter Pisceze—part of the First Up with RBCxMusic program—performs on the RBCxMusic Concert Series mainstage. Getting a chance to warm up the crowd at the SiriusXM Stage is Omega Mighty, sister of Polaris Prize and Juno-winner Haviah Mighty. On Saturday, indie-rock band The Man Who, and 22-year-old rising pop star Ari Hicks each get a set. Hicks most recent single “Sucker,” was released a month ago and she recently had the opportunity to co-write a song over Zoom with Rob Thomas [Matchbox Twenty]. The song, entitled “Shut Up and Look Pretty,” which Hicks says is “really savage,” comes out in a couple of weeks. Click here for more information.

RBCxMUSIC CONCERT SERIES PREPARES TO TURN UP THE VOLUME
The RBCxMusic Concert Series returns to the RBC Canadian Open with an incredible line-up. Hip-hop icon Flo Rida headlines Friday night with Canadian rapper SonReal in the warm-up slot. On Saturday, three-time Grammy award winners Maroon 5 take the stage. Both concerts take place on the nearby athletic field of Toronto’s Richview Collegiate Institute. Tickets for Saturday are sold out, but a limited inventory of tickets are available for Friday. Purchase here.

BROADCAST COVERAGE:
The following are broadcast times for the 2022 RBC Canadian Open:

MOBILE APP EXPERIENCE
Experience the RBC Canadian Open like never before by downloading the Golf Canada Mobile App on your iOS or Android device. Essential features include a live map, mobile ordering, leaderboard & pairings, tickets, breaking news and special events. Plus, use the Golf Canada Mobile App to enhance your experience while playing! Find golf courses, track your game, set up matches against friends, access GPS yardages and more. Click here to download.