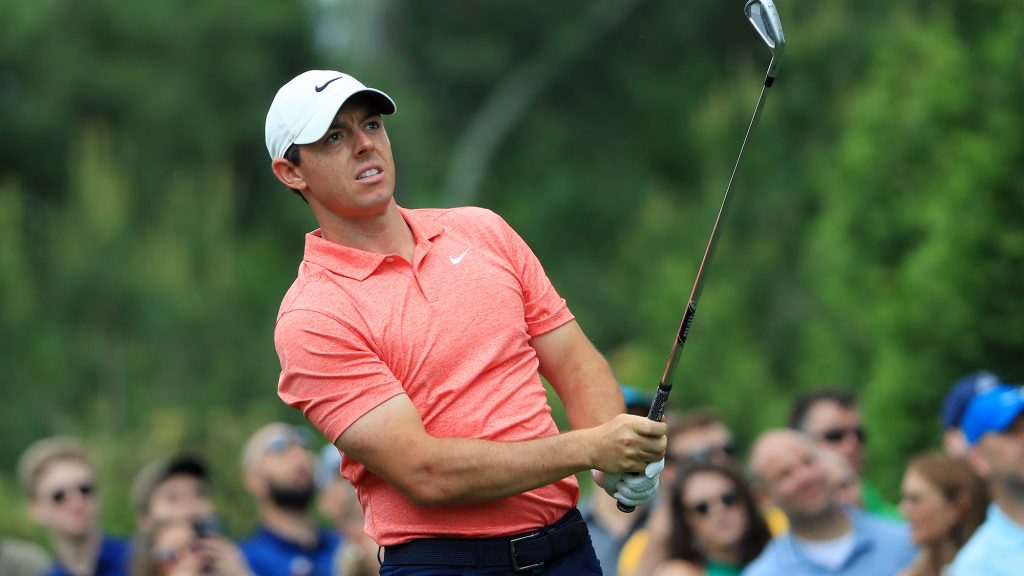 CHARLOTTE, NORTH CAROLINA - MAY 05: Rory McIlroy of Northern Ireland plays his shot from the sixth tee during the final round of the 2019 Wells Fargo Championship at Quail Hollow Club on May 05, 2019 in Charlotte, North Carolina. (Photo by Sam Greenwood/Getty Images)
Tyler Costigan

HAMILTON – Media day for the 2019 RBC Canadian Open Media Day took place May 6 and there is lots to look forward to coming out of beautiful Hamilton Golf and Country Club. The week of June 3 marks the arrival of the PGA TOUR’s best descending on Hamilton’s sloping fairways and pristine greens, and with that comes the official opening of summer for Canadian golf fans.

One of the most notable stories from this year’s event is the players themselves, world No. 4, Rory McIlroy, recently committing his attendance. There is no doubt that McIlroy is excited to play in Canada, a country he is excited to see, and he is especially excited to make his first ever debut in the RBC Canadian Open at Hamilton Golf and Country Club.

“National Opens are always important, golf is all about tradition, and the Canadian Open being 115 years old making it one of the oldest events on TOUR, makes it pretty prestigious,” said McIlroy. “Hamilton is one of the best venues in the country, and I really enjoy parkland courses that are tree lined and traditional, it forces you to think and shape shots, I wish we would play more courses like it on TOUR.”

McIlroy is a strong player no matter the venue, but with his penchant for driving accuracy and strong ball striking, Hamilton sets up right in his wheelhouse. Don’t count out the fact the RBC Canadian Open is one of the only national opens that McIlroy has not won. Winner of The Open Championship, the Irish Open, the Australian Open, and the U.S. Open, Rory would “love to add this one to that list.”

McIlroy will have some stiff competition, however, as three-time major winner Brooks Koepka and two-time major winner Bubba Watson have given their intention to play this year as well. This is in addition to Team RBC members Dustin Johnson, Matt Kuchar, Webb Simpson, Ryan Palmer, and Canadian duo of Adam Hadwin and Corey Conners.

There are really two ways to play Hamilton: the bomb and gouge and the patient plotter. The longer straighter players like Koepka, McIlroy and Dustin Johnson, might elect to hit driver everywhere so they can to give themselves the shortest shot into the green and take their chances with the ankle-deep rough of the short par 4s. Or there is the Webb Simpson approach of hitting fairways and greens, methodically leaving comfortable wedge yardages from the middle of the fairway. Neither of these camps has a distinct advantage over the other, as Hamilton presents its players with few great equalizers. The severe elevation changes first and foremost make any shot a tough shot, no matter the yardage, the putting surfaces are challenging beyond belief. With leaving the ball below the hole paramount, and the fact that this par-70 layout has only two reachable par-5s, par-4 birdie conversion will play a significant impact. This delicate combination is exactly what the PGA TOUR’s best are looking for in a golf course. Like McIlroy claims, it is interesting, it is thoughtful, and it is a true test where the best player will win.

The world’s best players will certainly be here as well, with three of the top-four ranked golfers competing. It’s going to give golf fans a lot of reasons to get excited about the RBC Canadian Open. This was all made in part to the recent schedule change that the PGA TOUR undertook for this 2019 season. It saw the shift of the RBC Canadian Open from directly after a major, to right before one, and that sends a completely different message of priority to players. On this, McIlroy says, “June was a quiet time for me, but I wanted to play more and be more competitive this year so added the RBC Canadian Open. I also wanted to play the week before the U.S. Open this year. More guys want to play the week before majors so the schedule switch will benefit the Canadian Open for a long time to come.” Defending U.S. Open Champion, Brooks Koepka, agrees, “I’ve heard really great things about the course, and for me, it’s an opportunity to play well and build momentum leading into the U.S. Open.” Talk about a star-studded field, and with the Hamilton Golf and Country Club staff working tirelessly on the course and event setup, we are in for one amazing tournament.